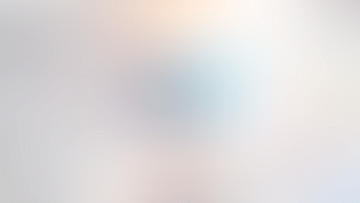 Paytm calls itself a ‘super app’--a term used by its largest investor, Ant Group, for its multiple-services offering. Paytm has similarly built ecommerce, gaming, software and other services with its digital wallet as its hook. Here’s a look at how these businesses have fared and who runs them

How do you make sure your customers think about you every time they transact? Instead of building features, can you build an entire ecosystem and take a user’s entire consumption lifecycle online?

This was the playbook of Ant Group, an affiliate of China’s Alibaba Group, that Paytm set out to build in India in 2015 when it launched movie ticketing and bill payments on its platform. Today it has expanded to entertainment, travel ticketing, content, online gaming, and shopping.

But it hasn’t been able to dominate in any of these categories.

In entertainment ticketing and railway booking, it is among the top 2-3 players in the market. It has also scaled up in online gaming, where it operates primarily in real money gaming such as fantasy sports and rummy, leveraging its 333 million registered users.

But its biggest bet, Paytm Mall--for which it has raised nearly $800 million from SoftBank, eBay and Alibaba--has failed to make a mark in a market dominated by Flipkart and Amazon India. The online retail business was spun out of Paytm’s parent company, One97 Communications, in 2016, but the business operations remain highly interlinked.

“The problem is a lack of focus on a hook and building core capabilities beyond payments,” said a person directly aware of Paytm’s workings. Other companies in sectors like ecommerce and online gaming have become billion-dollar businesses because they went deep and created a market, but “for Paytm that hook has been its offline merchant base,” he added.

Revenues from Paytm’s commerce and cloud software businesses, though, had started falling even before the pandemic hit, as we wrote in this detailed analysis.

The heads of several of these businesses report to Madhur Deora, Paytm founder and CEO Vijay Shekhar Sharma’s key lieutenant. The CapTable maps out the key leaders reporting to Deora, including Sudhanshu Gupta, who leads Paytm Games, and Paytm Mall’s Abhishek Ranjan.