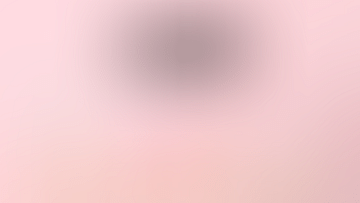 Darpan Sanghvi, founder of The Good Glamm Group, has seen his company scale from 200 to 1,500-plus employees within a year. He has handed over the P&L of three core business lines — brand, content and creator — to CEOs who work independently

Until August 2020, Darpan Sanghvi, the founder of cosmetic brand MyGlamm, had nothing extraordinary to talk about. In the financial year ended March 2020, the company reported revenue of Rs 46 crore, clocking a loss of Rs 68 crore. Though Sanghvi believed in using content to drive commerce, the numbers and fundraising momentum the company witnessed since 2015 reflected gaps the market saw in that approach.

Sanghvi started his career at internet company Bazee.com, but has also worked at a global chemicals company, and even started his own business bringing luxury spa and salon brands to India.

In 2015, just as e-commerce was taking off in India, he launched MyGlamm as an on-demand beauty and salon services provider. But that business did not scale as planned. Two years later, he recast MyGlamm as an online cosmetic beauty company.

Unlike most direct-to-consumer brands, it did not list on Amazon or Flipkart’s marketplaces. (Amazon is an investor in MyGlamm.) That was new and, for many, inconceivable in the pursuit of scale. But this changed in August 2020 when MyGlamm acquired POPxo, an online community for women.

“I tried to do content, I failed. She (POPxo founder Priyanka Gill) tried to do commerce, she failed,” Sanghvi told The CapTable. But the combined entity, POPxo and MyGlamm, showed early promise, providing glimpses of how content could attract customers at lower costs and drive commerce. For the fiscal year ended March 2021, MyGlamm’s losses narrowed by over a third and revenue increased by 9%.

This new avatar of MyGlamm started to evolve into a business where the market saw merit and signals of an outsized return. By 2021, The Good Glamm Group (the startup’s new name) was on the map. It had raised over $250 million across four funding rounds, made aggressive acquisitions in the content, media, and brands segments, and hired executives from companies like Myntra, Nykaa, P&G, and Unilever to lead various departments.