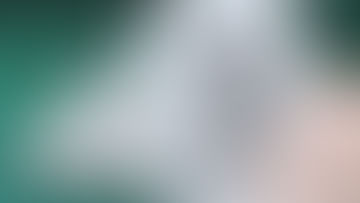 BharatPe and Centrum join hands to revive scam-tainted PMC Bank, but there are hurdles on the way. From merging two distinct working styles to dealing with the mess at the cooperative lender, the two companies will have their hands full

If anyone in India’s startup ecosystem had been asked to guess which financial technology company would be the first to get a banking license, the answer likely would have been Sachin Bansal’s Navi Technologies. After all, the Flipkart cofounder has invested $400 million of his own fortune in the business, acquired a decade-old non-banking finance company, and applied to the Reserve Bank of India for a commercial banking license.

Or some might have rooted for Vijay Shekhar Sharma’s Paytm Payments Bank, which has been operational since 2017.

Few would have expected the three-year-old BharatPe to win the race—especially considering RBI had rejected its application for an NBFC license last year. Some might argue that technically it hasn’t won the race. And they might be right.

BharatPe has taken an unconventional route, partnering with banking veteran Jaspal Singh Bindra-led Centrum Financial Services that has secured an in-principle license for a small finance bank. The bank, yet unnamed, will absorb the scandal-hit Punjab & Maharashtra Cooperative Bank and its gross non-performing assets, or bad loans, of Rs 3,518 crore ($475 million) as of March 2020.

BharatPe will come in as an equal joint venture partner in this entity. Exactly how much stake it will take and at what price are undisclosed. But executives at BharatPe are clear that Bindra and Centrum will be at the driving seat of the small finance bank. The RBI announcement on the matter does not name BharatPe, as only one entity can be granted the license.

BharatPe and Centrum have said they plan to start operations of the small finance bank, which will be a digital play, in 120 days, as asked by RBI. They will invest Rs 900 crore ($122 million) in the entity to begin with, and another Rs 900 crore eventually.