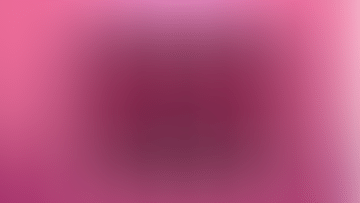 Nykaa is the antithesis of the ‘venture-backed-growth-at-any-cost’ e-retail model. Raising just $78 million, it quietly scaled up the personal care and beauty segment while Amazon and Flipkart battled for the fashion market. Can Nykaa replicate its playbook in the hyper-competitive fashion category?

It is the first Indian Unicorn founded and run by a woman to file for an IPO. And while Zomato, Paytm and Policybazaar are going public as professionally run companies because their founders hold less than 15% stakes in them, Nykaa’s Falguni Nayar and family own close to 50% of it.

And the highlight: Nykaa reported a net profit for the financial year ended March 2021. The other IPO-bound Unicorns are loss-making and had to rely on contribution margin, or the profits made on each item, to convince investors that they would eventually make money.

Nykaa, founded in April 2012, is also the youngest unicorn to file for an IPO this year. The other Unicorns that have filed their listing documents in recent months are at least 10 years old. Policybazaar and Zomato were founded in 2008. Paytm’s parent, One97 Communications, was founded in 2000. Cartrade and MobiKwik were founded in 2009.

Other venture-backed tech companies that got listed over the past decade, including IndiaMart, Nazara Technologies and Matrimony, were all founded before 2000. While these businesses were profitable when they listed, they took nearly two decades to get there.

Nykaa has been able to execute all this with just $78 million of primary capital raised. Other sector-focused e-tailers such as Lenskart and Firstcry, which are already profitable or nearing profitability, have raised hundreds of millions of dollars in primary capital. While Lenskart raised $381 million to reach a $2.5 billion valuation, Firstcry has mopped up $477 million and is valued at $2.1 billion. Nykaa’s valued at about $2.3 billion.

One key advantage for Nykaa is its founder and CEO Falguni Nayar’s previous career as an investment banker with Kotak Mahindra Capital. As a top IPO banker for nearly two decades, Nayar was able to witness firsthand how businesses were built.

She was also an adviser on some of the largest deals in India, including Vodafone’s entry into the country through the Huchison buyout and the formation of the Bharti-Walmart joint venture. While husband Sanjay Nayar, who heads alternative investments major KKR’s India operations, is a board member, he holds no active role in the company.

Nykaa was founded around the same time as UrbanTouch, a beauty-focused online retailer backed by Accel and Tiger Global that was acquired by Sequoia-backed Fashionandyou. None of these platforms survived the hyper-competitive ecommerce landscape.

The CapTable spoke with Nykaa’s rivals and multiple brands to understand how its strategy has been unique from the beginning, what its draft red herring prospectus says about its business, and how its numbers compare with that of its competitors.

We also look at how Nykaa’s IPO will be a windfall for old economy captains including Hero Group’s Sunil Munjal and Ambuja Cements’s Narotam Sekhsaria, and not for Silicon Valley venture capital firms or global strategic investors, as has been the case with the recent IPOs of other Unicorns.

In a pandemic year, Nykaa, a company focussed on selling largely non-essential goods and with over 70 retail stores, still managed to make a profit. It swung to a net profit of Rs 62 crore in financial year 2020-21 as revenue increased 38% to Rs 2,441 crore. In the previous financial year, it had reported a loss of Rs 16 crore.