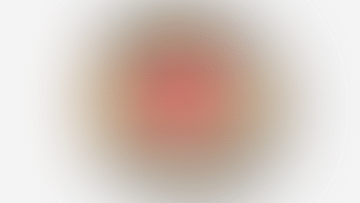 Repeat customers spend 67% more than first-timers, Zomato pitched to restaurants in June, introducing a new loyalty program also linked to its payments business. But it had to put the program on hold shortly after launch, even as it shelved two other recent initiatives since going public in July

Over the past month, Zomato has been busy cleaning up its act. It sold US-based table-booking platform Nextable for $1 million and shuttered subsidiaries incorporated in the US, the UK and Singapore, signaling that it’s now entirely focused on its India business.

More recently, Zomato closed its nutraceuticals business, which was supposed to be a broader play in health and fitness tied to its February acquisition of Fitso. It also shut its recently launched grocery delivery pilots, a business it had talked up in the run-up to its public share offering.

The most dramatic announcement came on Tuesday, that of the exit of cofounder Gaurav Gupta. He was heading supply and was essentially in charge of Zomato’s relationships with restaurants.

Gupta was the main point of contact at Zomato for the founders of several leading restaurant chains, some of whom expressed disbelief about his abrupt exit. “He had kept the conversation going,” said one restaurateur.

While the exact reason for Gupta’s exit is unknown, media reports have linked it to the closures of the nutraceuticals and grocery businesses and a likely fallout with Zomato CEO Deepinder Goyal.

Gaurav Gupta, however, was not leading either of these initiatives. The grocery and nutraceuticals businesses were both under Mohit Gupta, who leads new initiatives, according to Zomato’s IPO filing.

That said, the final trigger behind Gaurav Gupta’s move could be linked to the pushback Zomato received when it sought to launch a restaurant loyalty program, which now has been put on hold.

The CapTable tells you what happened behind the scenes with the loyalty program, which was expected to help Zomato drive adoption of its payments arm and create a differentiator against Swiggy, especially given Zomato’s foothold in the dine-in business.