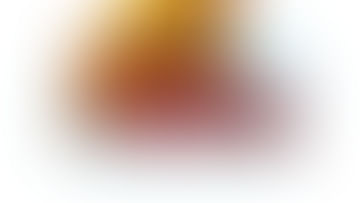 The insurance-tech startup is looking to establish a niche in India’s insurance market by selling to customers directly through its online channels. In a country where overall insurance penetration is a mere 4%, with offline channels dominating, can the four-year-old Acko go against the flow?

About 99% of the insurance business in India happens either through offline channels or through expansive agent networks. A small segment of consumers has started buying micro insurance products online, but for most large-ticket size products, a human touch is still required.

Even players like Policybazaar, the largest online insurance distributor in the country, are looking to go offline through agents and offices. Digit, a new-age insurance company has built an expansive partner network to distribute its products. Sequoia Capital-funded Turtlemint too is betting on its offline distribution network for business.

Insurance-tech startup Acko has not only taken a contrarian bet but has also managed to impress investors with its direct-to-consumer, or D2C, model. The newly minted Unicorn recently announced a $255-million series E fundraising led by private equity majors including General Atlantic, Multiples Private Equity, Canada Pension Plan Investment Board and Lightspeed India. The round bumped up Acko’s valuation to $1.1 billion from $400 million last year.

But considering the scale of the business, founder Varun Dua, for whom Acko is the second insurance startup after Coverfox, has a lot of ground to cover. In its first four years, the company, which received the insurance manufacturing license in 2017, has established its brand as an insurance manufacturer. But to compete with the likes of ICICI Lombard, it has a long way to go. Even its closest competitor, Digit, has managed to scale up operations aggressively over the last two years.

But for Dua, the insurance game looks very different. He wants to create a premium insurance company and not a mass market product. He believes a consumer would have to spend about $1,000 every year to be properly covered by insurance. So even if Acko targets a base as small as 3 million consumers, he will be looking at creating a $3-billion revenue business.

Given India’s young demographic and rapidly expanding urban consumer class with a rich appetite for quality online services, Dua is convinced that Acko is on the right track.

Now the question is if Indians, who are generally wary of buying insurance and have historically required much cajoling from agents, will make the effort to look for an insurance product online, research on the prices and make a purchase? Even if such a behavior shift can be brought about, how much time and effort will it take?