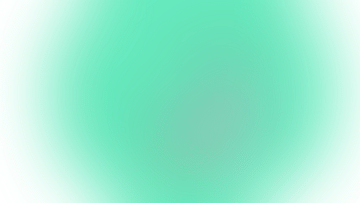 Ride-hailing business has slowed after the pandemic, and Ola needs new growth boosters to gain momentum ahead of its IPO. The company is diversifying to selling pre-owned cars and reattempting food and grocery plays. Will the strategy deliver?

It’s hard to imagine how Bhavish Aggarwal feels right now. The two ventures he founded are on very different trajectories: one faces considerable headwinds, another the best conditions.

Ola, launched in 2010, became a market leader in mobility after 17 funding rounds and a bruising battle with competitors, mainly Uber. But the pandemic upended the ride-hailing sector, blunting Ola’s hard-earned advantage and slowing growth.

Four-year-old Ola Electric, in contrast, is one of the fastest startups in the electric vehicle (EV) space to raise capital and land a valuation of $2.7 billion (as of October 2021), according to regulatory filings. Media reports indicate the firm has hired bankers to raise an additional $1 billion.

Aggarwal has effectively seen both sides of fundraising. “It took him over a decade to build Ola. But just four years after launch, Ola Electric is already close to exceeding Ola’s valuation (at least in the secondary market),” said a person tracking Ola’s journey.

This is a crucial moment for Ola as it eyes momentum and a pickup in valuation ahead of its planned initial public offering (IPO). To get there, it is diversifying to new and newish business areas:

ANI Technologies, Ola’s parent company, is eyeing a new funding round that will help it benchmark its share price ahead of an IPO. The company is targeting a market debut at a valuation of $12-15 billion

Ola’s parent company, ANI Technologies, is in talks to raise fresh funds at a valuation of $7 billion, two people briefed on the development told The CapTable. In July, Warburg Pincus and Temasek Holdings bought $500 million of Ola shares from existing investors Tiger Global and Matrix Partners India at a $3.8-billion valuation.