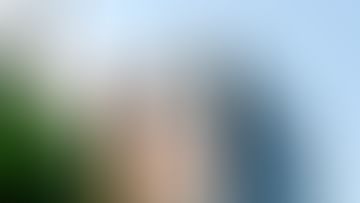 The payments app’s share price fell well below the target range on the public-market debut, snapping the record run of Unicorn IPOs. What does this mean for the company, upcoming listings of other startups, and funding wave?

The shares of One97 Communications, the owner of mobile payments and financial services app Paytm, tumbled more than 27% from the IPO issue price of Rs 2,150 on Thursday.

This makes it the first among five listed Unicorns to fall below its last private-market valuation, a fact that is particularly striking because Paytm’s public offering is the largest by an Indian company. Zomato, Policybazaar, Nykaa and Freshworks had all enjoyed a considerable upswing.

Paytm’s underwhelming debut halts, for now, the record run of new-economy companies that landed monster valuations in the private market and then saw investors tripping over each other to buy its stock in the public markets.

Paytm’s share price hit the lower circuit, the maximum it is allowed to fall, at Rs 1,560 on NSE, down by over 27.4% from the issue price. Its market capitalisation at this number stands at $13.6 billion, 15% lower than its last private-market valuation.

US-based mutual fund giant T Rowe Price was a major new investor in Paytm’s last private-market round of fundraising in late 2019. It entered ​​at a share price of Rs 1,824-1,825, with Paytm being valued at $16 billion at the time. Berkshire Hathaway’s average entry price was Rs 1,279.7.

But early backers like Elevation Capital are set for bumper returns of over 100 times and other large shareholders like SoftBank, Ant Financial and Alibaba are also in the money. Elevation Capital’s arm SAIF III Mauritius, which holds a 12% stake in Paytm, has an average share acquisition price of Rs 15.4. Alibaba, which first invested in 2015, has an average acquisition price of Rs 583.4.

Thursday’s events will gall Paytm because all other Unicorn IPOs saw a significant jump from their private-market valuation on the first day of trading.

For instance, Freshworks, which listed on New York-based Nasdaq in September, has been valued at $10-12 billion as against its last private-market valuation of about $3.5 billion. (Its stock, however, briefly slipped below the IPO price earlier this week.) Nykaa, Policybazaar and Zomato also had stellar launches.