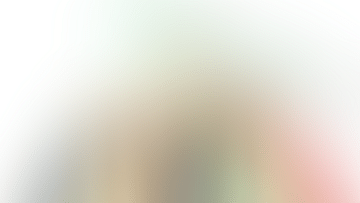 Employees have benefited from share sales totalling $400 million across 31 firms in 2021. This represents a positive change at Indian startups, which don’t have a great track record. But they must do more to improve the sentiment around stock options and ensure gains are tangible

The founders of business-to-business marketplace Udaan began forming their first teams in late 2016. They wooed nearly two dozen mid-level employees from ecommerce major Flipkart by offering stock options instead of a huge salary bump or a cash-heavy package.

The hook was effective, mainly because the new hires were convinced that Udaan’s employee stock ownership plan would make them dollar millionaires in four years. They accepted a pay of Rs 15-20 lakh a year, up to 50% less than what they earned before.

At Flipkart, they had seen ESOPs creating significant wealth for eligible executives, including Udaan’s three founders who held senior positions there before starting up, and were confident of making such gains at the new job.

“Employees make ESOP-related decisions based on past experience. The sentiment had been positive at Flipkart, so people switched jobs expecting a bigger windfall,” said a former Udaan employee, who benefited from the stint and is now launching his startup. Some who joined the B2B marketplace with him in 2016 are still working there.

Many other companies that had announced such benefits to attract or retain talent eventually came up short, leaving staffers disillusioned with the concept of stock options, which are subject to a raft of conditions even in the best circumstances.

But things are beginning to change. Startups less than four years old now offer ESOP buybacks soon after they raise funds in Series B or C rounds, even though it may be restricted to a handful of early employees.

This year, over $400 million has been distributed to employees across 31 privately held startups, including Flipkart, Zerodha and Razorpay, according to data compiled by The CapTable from company announcements. In 2020, the tally was about $80 million, with 11 startups involved.

This year’s numbers exclude newly listed tech companies such as Zomato, Freshworks, Paytm and PolicyBazaar. The shareholding filings for PolicyBazaar parent PB Fintech show that employees hold 5% in the company. At Zomato, employees own 3.75%. Going by their market cap on Monday, these shares will be collectively worth over Rs 6,500 crore, or $860 million. Freshworks has already initiated a $500-million share sale for its management and workers.

Employees are now demanding more than a commitment of stock options during salary negotiations: details of the recent liquidity event and a clearer timeline about the one where they can potentially cash out

Startup employees have become aware of stumbling blocks and are demanding more than a commitment during salary negotiations: details of the recent liquidity event (ESOP buyback) and a clearer timeline about the one where they can potentially cash out.