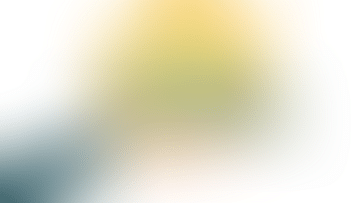 Where are fintech lenders amid the funding boom?

Valuations of many fintechs have surged and even firms yet to be tested in the lending space are onboarding investors. But startups with credit as a core focus are falling behind, as challenges grow and VCs put a premium on distribution play

Record capital is pouring into India’s startup ecosystem, but pure-play fintech lenders seem to be missing out on rapid valuation gains that several other firms are notching up.

Though the fintech industry has produced seven unicorns this year, including Cred, BharatPe and Slice, lending is an added feature, not a core business offering, for most of them. BharatPe is a QR code payments player and Cred is a credit card billing app, while Slice is primarily replicating a credit card proposition.

Their fundraising success aligns with a larger trend: companies new to the lending market are currently winning over investors.

Aye Finance, in contrast, is understood to be scouting for $40 million in Series F funding, and Indifi recently closed an equity funding round of $18.6 million. Other prominent fintech startups like Lendingkart have received infusions from mostly existing investors. Lendingkart’s equity funding to date stands at around $144 million and Aye Finance’s at $114 million, according to Tracxn data.

Even when pure-play lenders picked up fresh capital earlier, their valuations didn’t increase considerably, Tracxn data shows. Lendingkart’s valuation, for instance, crawled from $212 million in 2019 to $255 million in 2020.

Aye Finance raised its Series D round in 2019 at a post-money valuation of $155 million and Series E round at a valuation of $253 million. Similarly, Indifi saw its valuation go up to $110 million currently from $78 million in 2019.

For some, the challenge of securing capital has demanded strategic adjustments. Capital Float raised funds by pivoting to the fast-emerging ‘buy now, pay later’ (BNPL) segment and moving away from its primary activity of SME lending. ZestMoney landed $50 million but in a strategic round from Australian BNPL player Zip.

The Economic Times reported recently that Mumbai-based Kissht is in talks to raise around $50 million and is considering giving its Chinese investor, Fosun, an exit.

Then, there are the haves of the fintech world.

Investors appear to be more bullish about startups that have designed a strong distribution play with lending as a feature than about pure-play fintech lenders, for whom loans are the main path to revenue.

But lending is less about distribution and more about risk assessment, evaluation of applications and collection. By rewarding entrepreneurs who have a distribution play but lack lending expertise or experience, VCs are likely pushing the startups towards the dangerous territory of ballooning bad assets. So, what’s prompting this approach?