Chai Point & Chaayos: A tale of two chai shops and their inspiration, a coffee chain 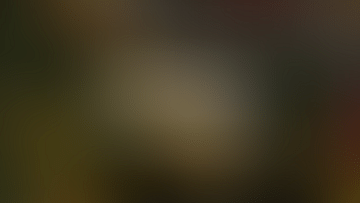 Chai Point & Chaayos: A tale of two chai shops and their inspiration, a coffee chain

A decade ago, Chai Point and Chaayos both started out trying to build a Starbucks-like retail experience in India, with tea. Along the way, they chose different paths to reach that goal. Now, after being hammered by Covid, they are looking to renew their journey along those paths, with a few tweaks.

In 1971, inspired by Alfred Peet, a coffee-roasting entrepreneur, Jerry Baldwin, Gordon Bowker and Zev Siegl founded Starbucks. They opened a store in Seattle, selling high-quality coffee beans and equipment, and named it after Starbuck, the first mate in Herman Melville’s classic novel Moby Dick. By the end of the decade, they had opened three more stores, all in Seattle. The founders continued as they had begun, selling coffee and equipment. They had no interest in opening cafés.

In 1981, Howard Schultz, a salesman for a Swedish kitchenware company that was a Starbucks supplier, visited one of the stores. The Swedish company got regular orders from Starbucks and Schultz wanted to see why it was the talk of the town. Impressed, he joined the company the following year as head of marketing. In 1983, after a visit to Milan, a city dotted with hundreds of cafés, Schultz exhorted the remaining founders --- Siegl had moved on --- to expand Starbucks and turn it into a nationwide café chain, selling beverages with a standardised taste. The suggestion was turned down and Schultz left the company in 1985.

Two years later, Baldwin and Bowker decided to sell Starbucks. Schultz swooped in with investor backing and then began putting his plan into effect. The rest is history. In four years Starbucks had a hundred stores. By 1999, the chain had exploded to 2,500 outlets in more than 10 countries. Today, it has more than 32,000 stores in 80 countries.

Taking a leaf out of Schultz’ book, the founders of two companies decided to do the same in India, but with tea. They wanted to ride on the country’s love for the brew.

Launched in 2010 and 2012, Chai Point and Chaayos, respectively, were looking to sell tea as an experience in a market where the competitors ranged from high-end coffee chains to roadside vendors. The idea was to expand across metro cities and target the white-collar workforce, becoming their go-to source for ‘chai’.

While they started out with a similar approach, setting up stores in every other corner in major cities, Chai Point decided early on to do more. It adopted an omnichannel approach, diversifying into B2B sales through tie-ups with corporates. Chaayos, meanwhile, decided to stick to the Starbucks blueprint and kept adding stores.

Things were going rather well and the two rivals established a presence across the country, setting up shop in Delhi, Gurgaon, Noida, Bangalore, Mumbai, Hyderabad and Pune, among other top cities.

Chai Point, which by 2019 had more revenue streams, grew quickly, raking in Rs 193 crore in FY20. Chaayos clocked Rs 99.3 crore that year. By February 2020, both companies had raised a fair amount of capital and were poised to step on the growth pedal.