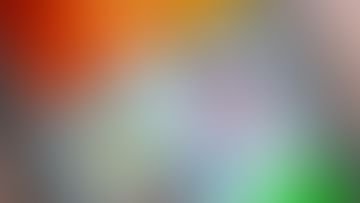 Several apps popped up to entertain Indians almost immediately after TikTok, the wildly popular platform for short-form videos, was banned in the country last June. Some existing but distant rivals added millions of users overnight.

Sixteen months on, this crowded market is moving towards consolidation just as quickly.

There are currently four major TikTok clones, which were launched by local social, content and entertainment companies — ShareChat, Dailyhunt, MX Player and Glance. The apps helped these startups secure record funding and sky-high valuations, lifting them from the funk and existential crisis they faced before TikTok was shut out.

MX also had conversations with Josh owner Dailyhunt and some other firms. But ShareChat is now taking the deal forward, hoping to close the transaction by January. The thinking is that this deal will help ShareChat consolidate market share in terms of users and raise more capital.

There are more indicators of the shake-up in the space.

But the most significant conversations on consolidation are happening between Sharechat, MX and Dailyhunt, which launched their short-video apps days after TikTok was blocked in the country. The three have collectively raised about $1.5 billion and logged 500 million app downloads since then.

In terms of the standalone monthly active user base, they still have to catch up with TikTok, which was downloaded 600 million times in India before being banned.

While they compete for capital, active users and top creators, Instagram’s Reels has emerged as a standout gainer and the player to beat.

Intense competition in short-video space after TikTok ban has seen key players racing to burn most cash. But monetising a business via online ads is tough. As consolidation begins, can platforms net fast revenues to justify their lofty valuations?

Will consolidation give ShareChat enough of an edge against Instagram and Dailyhunt? More importantly, what is the state of monetisation for the key players and what are the biggest challenges in the industry?

“The cash burn rate is a lot more and even raising $500 million is not enough in the market right now. In China, where revenue realisation happens faster, Kuaishou [another Chinese social video giant] and TikTok had raised $2-3 billion before they reached any level of profitability. This fact is on investors’ minds,” said an investor involved in the current discussions.

ShareChat is likely to dilute 10-20% stake to MX to acquire the short-video business and top it off with another round of funding, according to people aware of the matter. Mint in October first reported about ShareChat's talks to acquire MX Takatak.

While MX asked for a valuation of about $1 billion, ShareChat wanted to pay about $500 million. The talks are materialising at a number in between, though The CapTable could not ascertain the exact value.

The deal is a largely share-swap transaction, giving ShareChat a valuation of $3.5-4 billion, they add.