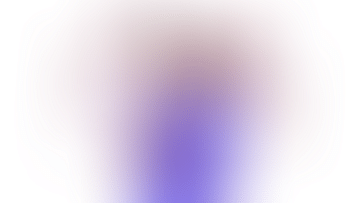 The many questions around Chingari’s crypto fundraising

Chingari took the crypto route to raise $19 million recently, promising to issue Gari tokens built on the Solana blockchain network. But the short-video platform has left many questions unanswered, including on its governance standards and the utility of its crypto tokens

The Indian crypto scene is on fire, with several entrepreneurs building crypto exchanges and enhanced use cases on blockchain, and actors and cricketers tokenizing their art forms and collections. The sector is still unregulated, and certain developments could run afoul of the regulators, but entrepreneurs convinced of a decentralized world are surging ahead, prepared to take their chances.

Chingari, founded in 2018 as a video-sharing social networking platform similar to TikTok, recently raised $19 million in a process that seemed similar to an initial coin offering, or ICO, but was never termed such. Instead the company called it ‘Building a Web-3.0 Creator Economy.’

Essentially, Chingari, which counts actor Salman Khan as its brand ambassador, has issued crypto tokens called Gari built on the popular Solana blockchain network, with the base price at $0.254 to $0.4. The sale of tokens closed on November 5.

“We introduce Gari as a social token for the community of Chingari creators that will give them governance authority over the future platform developments through the Community Reserve and create a circular economy,” Chingari said in a white paper released prior to issuing the tokens.

The CapTable sent a detailed questionnaire to the Chingari communications team early on Tuesday. After acknowledging receipt of the questionnaire, on Wednesday evening the company responded that it was not the issuer of the Gari tokens and that questions relating to the tokens had to be sent to the Gari team. When we reached out to Sumit Ghosh, CEO of Chingari and the sole member on the board of Chingari Foundation, the ultimate issuer of the Gari tokens, via text message, he commented that Chingari and Gari were two separate entities and only the Gari team could issue an official reply.  The Gari token team responded after the story was published, we have added the responses in italics in the story.

The CapTable parsed Chingari’s white paper and other documents for a detailed view into the company, also seeking answers to potential red flags arising from its unconventional fundraising.